Back in the spring of 2016 I was asked to create 16 portraits of Chicago Cubs greats that would be placed on permanent display in the famous Bleacher Section of Wrigley Field. I can’t tell you how much of an honor this is, to be a part of a ballpark as special as Wrigley Field. Once upon a time I lived just a few blocks from there, on the corner of Ashland and Addison, and my El stop was the Wrigley Field station. The energy and excitement surrounding that place is something that has to be experienced in person.

So on Opening Day in 2016, my 16 portraits were unveiled under the Bleachers, where they can be seen today, provided you have a ticket and can tear yourself away from the action on the field. The only thing is, after this week, there will be 17 portraits – Lee Smith, the great Cubs closer, was elected to Cooperstown this summer and the ballclub asked me to do a portrait of him to join the rest of the Cubs immortals.

The timeline was tight – I think it was 4 weeks from start to finish – but luckily the Cubs are a great client and the whole process went as smooth as possible. The only hang up was the choice of pose for Smitty – I originally suggested a side view of him as he was leaning in for a sign from the catcher – the calm before the storm. That’s how I always remember Lee Smith, that big imposing figure on the mound (he was 6′-6″), game on the line, half peering in for the sign, half intimidating the batter. 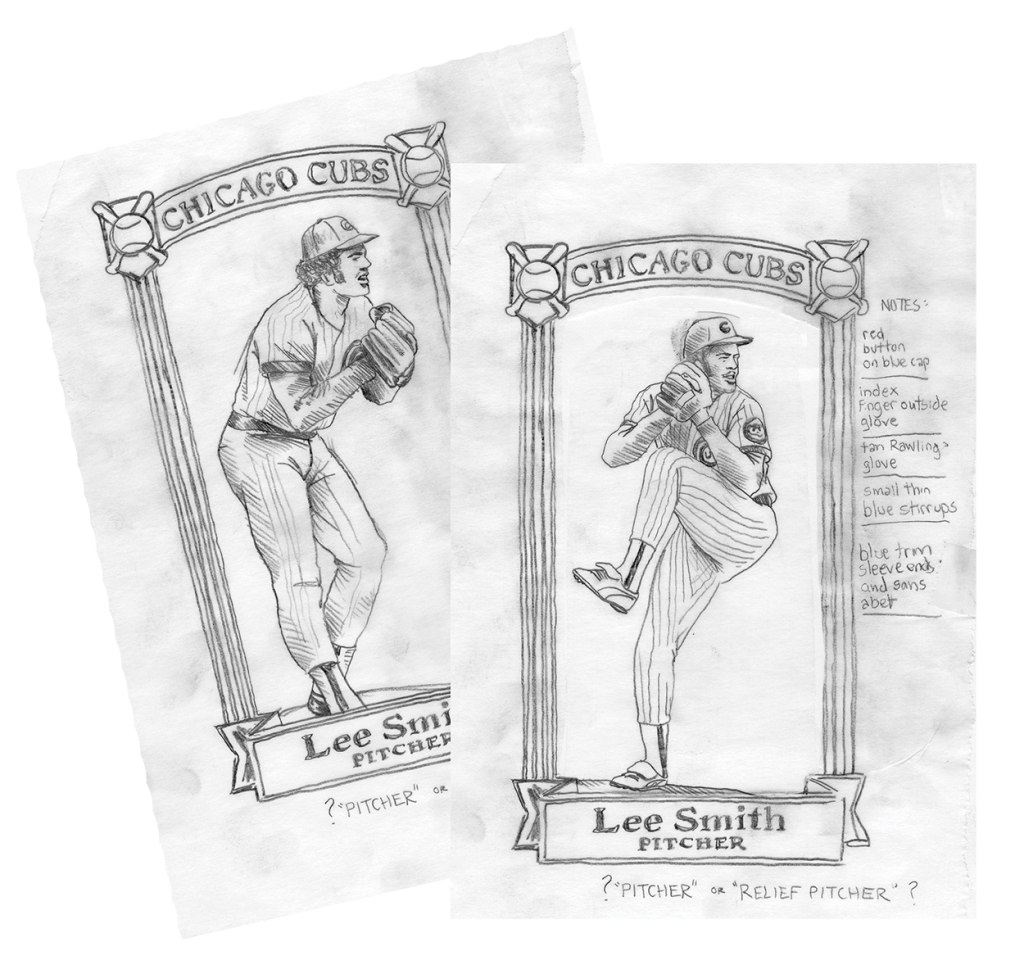 However, the consensus in the front office was that an action shot was preferable, so I went back to the drawing table and sketched out a second pose, this one depicting Smith right before he brings his arm back to fire a strike to Jody Davis behind the plate.

With the new pose agreed upon, I completed the drawing, adding the uniform details and laboring over Smitty’s trademark beard. With the figure completed, I turned to the background. As with all the other portraits (except the ones of the pre-1916 Cubs), Wrigley Field is a co-star. Luckily, the Cubs have a dedicated historian on staff (hi Ed!) who provided me with reference and advice on all the tiny details I wanted to incorporate, right down to the proper style of flags that flew over the ballpark during Lee Smith’s prime.

With the final okay given by the Cubs front office, my art was sent out to be mounted and framed like all the other Cubs hanging in Wrigley. Time was tight, but the fabricators got the job done without any trouble, and even sent a photo of it under construction. 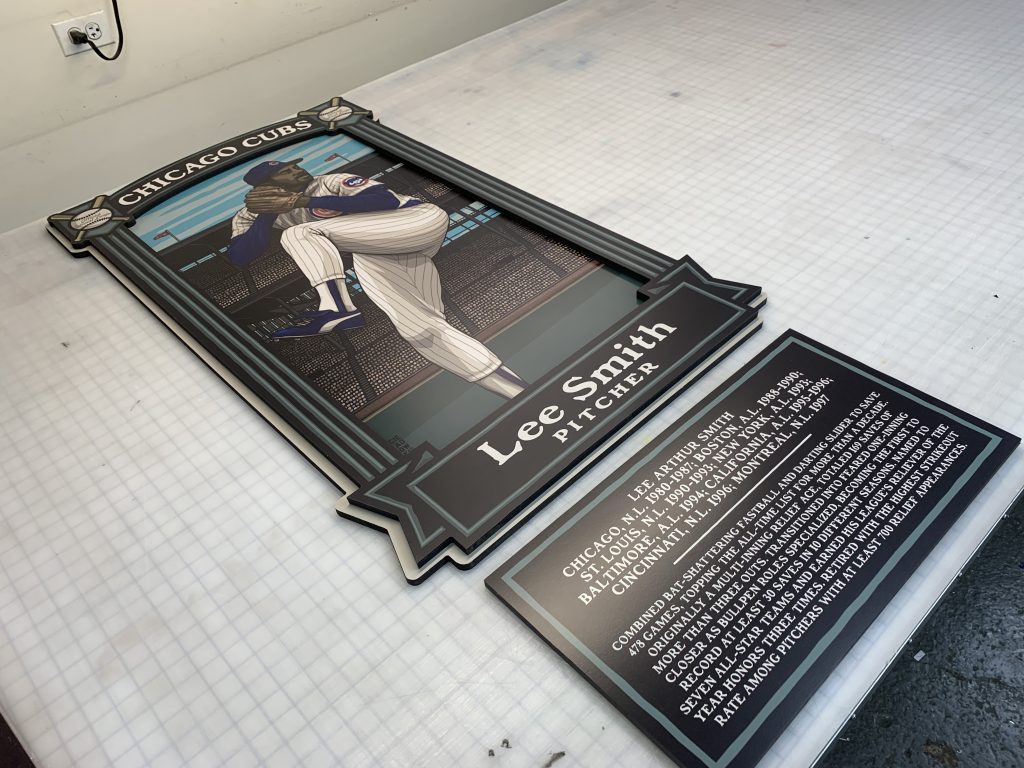 The portrait was wrapped up and delivered to Chicago just in time for its presentation to the newest Hall of Famer, right down on the field before Sunday’s game…

As my wife Andrea pointed out to me, at the 24 second mark you can hear Smitty say “That is real good!”

To quote Harry Caray: It could be, it might be… It is, A home run!

One thought on “Lee Smith: Meet you under the bleachers…”