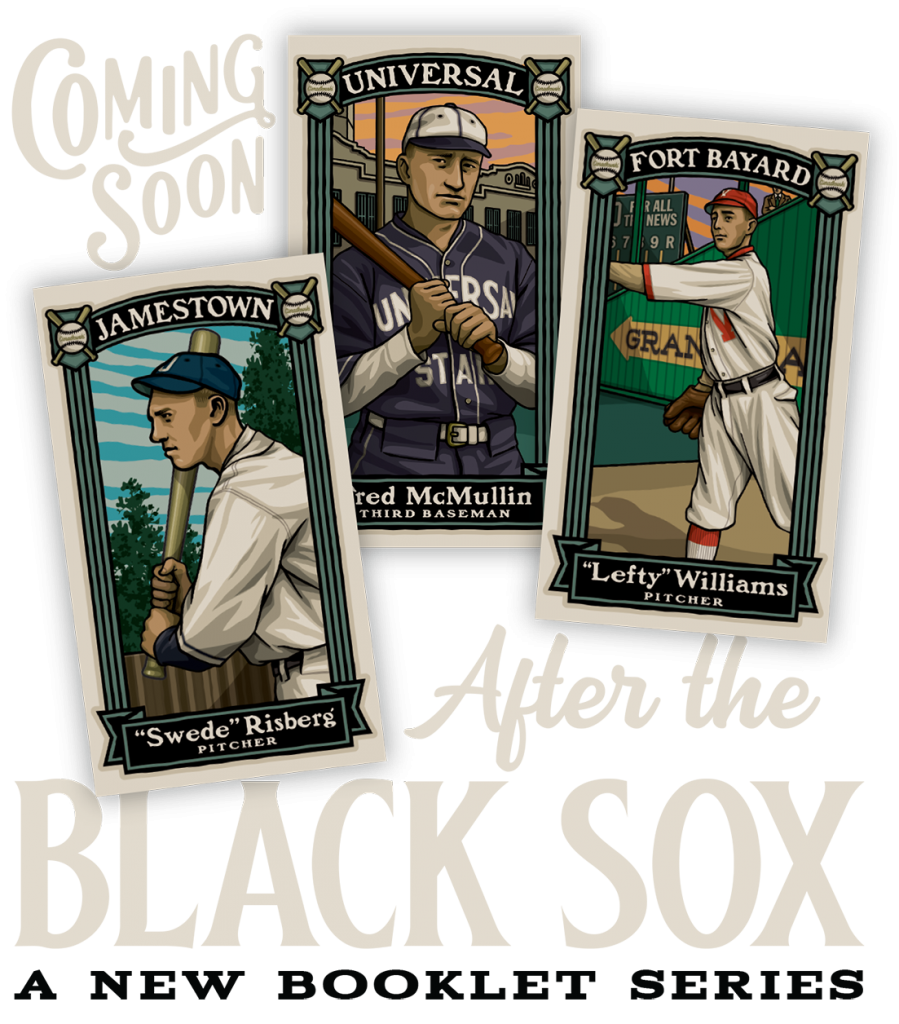 One hundred and one years after eight Chicago White Sox players were banished to baseball purgatory, this new booklet series explores what became of each Black Sox. This new series will pick up where most history books end, for these ballplayers did not disappear into obscurity, but continued to play the game they betrayed—far beyond the reaches of Major League Baseball in the murky world of Outsider Baseball. Some continued playing ball as a mercenary-for-hire on small town teams, while others plied their trade alongside other notorious baseball outcasts in outlaw leagues in frontier mining towns of the Southwest.

This special Booklet Series will consist of 8 8-20 page books that reveal what each Black Sox did post-scandal. Each booklet comes with an art card with an all-new illustration depicting all eight players with one of their outsider baseball teams: The Universal City Film Stars, Fort Bayard Veterans, Chino Twins and more.

AFTER THE BLACK SOX will be release in April, 2020 and pre-orders will be accepted Mid-March. As these are all hand-made in my studio, numbers are very limited and once this series is gone, they’re really gone.

Current Subscribers to the regular Booklet Series will each have a set reserved for them at a special subscriber’s discount.