A month or so ago, Walt Friedman of Summer Game Books called me up to ask if I had an illustration he could use on the cover of the updated reprint of Sol White’s Official Base Ball Guide. I was immediately excited because Sol White’s Official Base Ball Guide is a monumental work of early baseball history. See, Sol White was a very talented ballplayer from the late 1880’s through the early 1900’s. If you’ve never heard of Sol White, it’s because he was Black, and the establishment did everything possible to marginalize Sol along with everyone else of his shade. Growing up in Eastern Ohio, White was a standout infielder and was signed by the Wheeling Green Sox, a minor league team in the Ohio State League. Though he was the Green Sox’s best batter in his rookie season in 1887, the Ohio State League decided to go all-White in 1888 and dumped Sol. He and another Black ballplayer in the league, Weldy Walker, successfully got the league to lift their ban, but that didn’t stop Wheeling’s racist manager from cutting Sol a second time. Undaunted, White went on to carve out a great career in outsider baseball circuits, first as a player, then as a manager and finally as an executive, founding his own successful teams. If that was all Sol accomplished in his life, it would be more than enough to ensure a place in baseball history – but that ain’t all he did.

In 1907, White was managing the team he helped found, the Philadelphia Giants. The Giants were one of the first great Blackball teams, attracting the best ballplayers in outsider baseball. Anyone who was anyone at the turn-of-the-century either played for or against the Philadelphia Giants. But while his team was wildly successful, Sol White saw a big problem with the Black participation in the National Pastime: it was completely undocumented.

Ever since the days of the old Knickerbockers at Hoboken’s Elysian Fields, White baseball received unlimited ink in newspapers, books and guides. Every detail of organized baseball had been recorded and compiled. Not so with Blackball. No matter how talented they were, teams like Sol’s Philadelphia Giants hardly merited a mention in newspapers, let alone a book or guide. So, just like he did when the Ohio State League booted him in 1888, Sol White put his head down and charged forward towards a solution.

That’s how Sol White’s Official Base Ball Guide was born. In this little volume, originally titled History of Colored Base Ball, White recorded everything he could about the history of Black participation in baseball together with the current state of the game. Had Sol not created this brilliant gem, the whole first part of Blackball history might have been lost forever. Sold through the mail and at Philadelphia Giants games for the next couple of summers, Sol White’s Official Base Ball Guide preserved an important part of history. In it’s pages we learn about early giants such as Pete Hill, Rube Foster, Home Run Johnson and Frank Grant – all guys Sol White played with or against. The legacy of the Page Fence Giants, Philadelphia Giants and the Cuban X Giants are preserved in its pages. And then there are the photographs – if it wasn’t for Sol White’s Official Base Ball Guide we would have no clue what some of Blackball’s legendary players looked like. 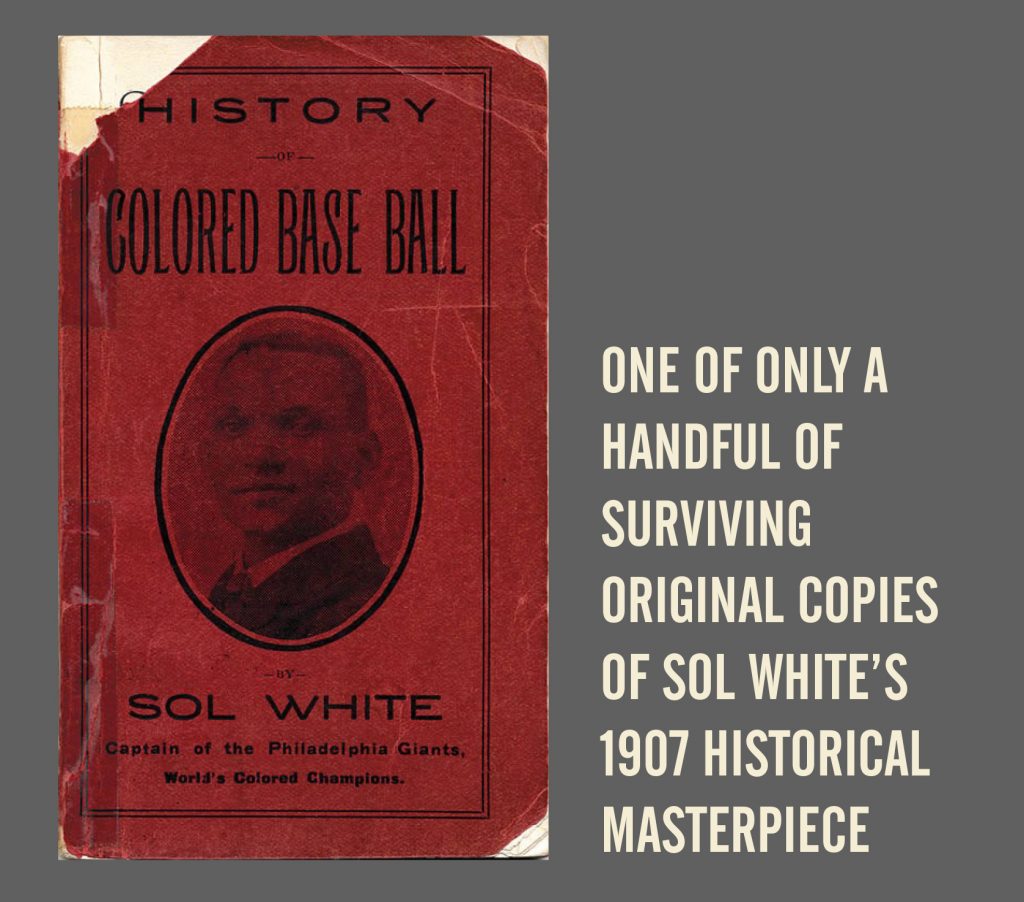 So, when Walt asked me if I would license him an illustration of Sol White for the cover of his new reprint edition, I got really excited. So much so that I talked Walt into letting me create a whole cover for the book, not just an illustration dropped into an old cover design. Luckily, Walt agreed and I set about creating a cover worthy of Sol White’s great achievement.

Unlike all the other reprints of Sol’s book, Summer Game Books edition doesn’t just reprint the original. For their edition, Walt had renowned historian Gary Ashwill write a very informative introduction that not only tells the story of Sol White but puts his monumental achievement into its unique historical perspective. Gary’s intro and subsequent notes makes this edition really something special.

Right from the start I knew what I wanted to do. Because Sol White’s book was born out of exclusion from White baseball histories and guides, I wanted the cover to look like it could sit side by side with a contemporary Spalding or Reach guide. 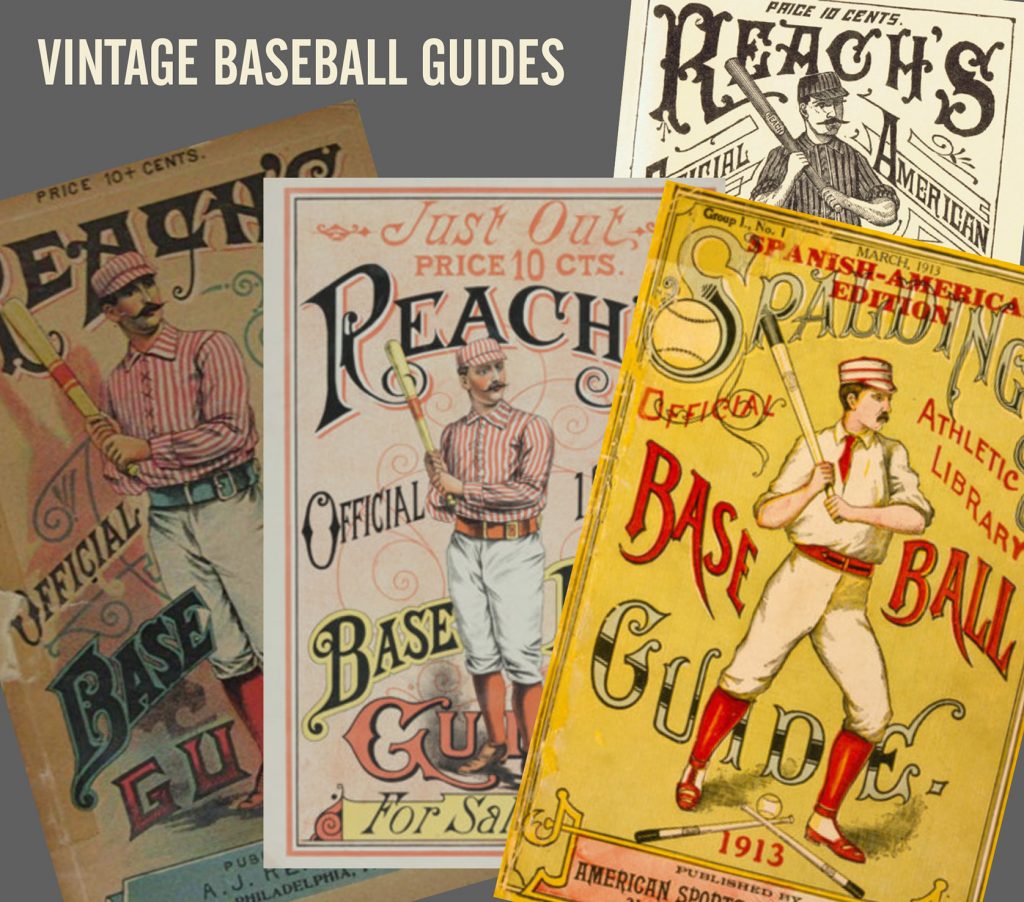 With these ornate covers as my inspiration, I set about hand drawing the title typography and Victorian-esque framework. Lastly, I drew a new illustration of Sol, decked out in his finest turn-of-the-century uniform. 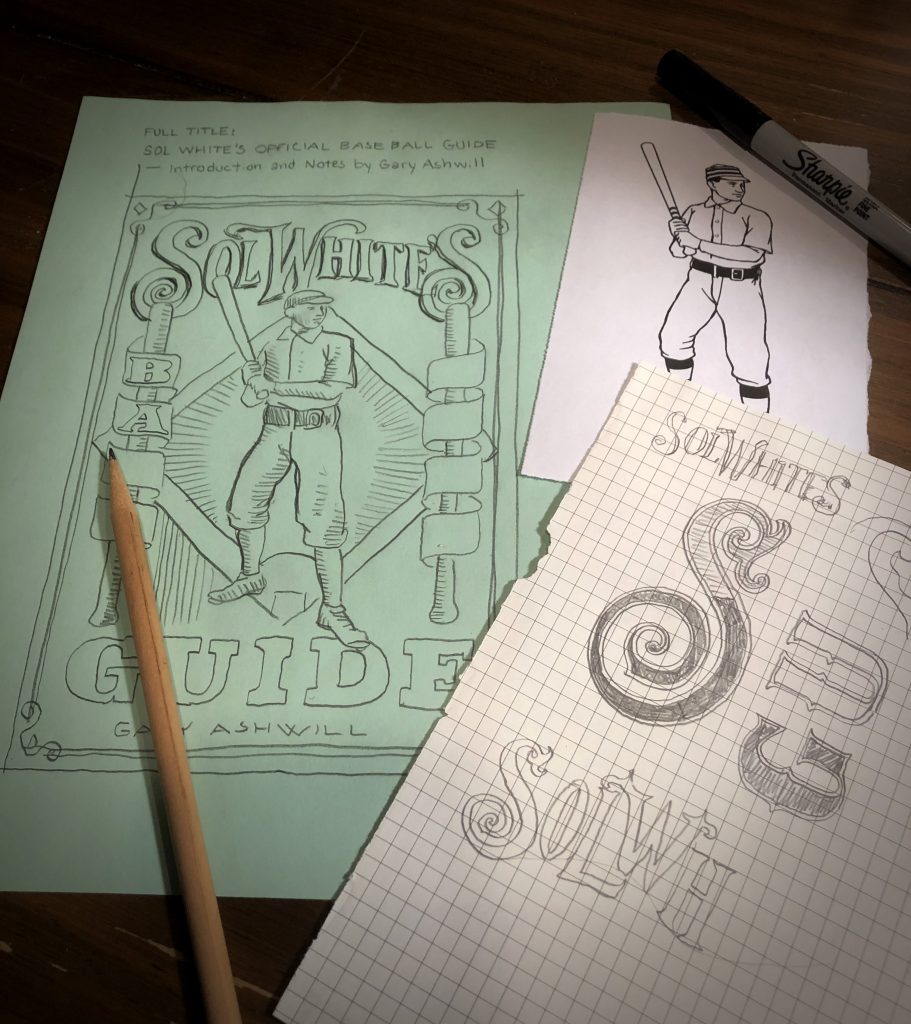 I was very please with the design, and thankfully so was Walt and Gary Ashwill. A week ago I received my copy in the mail from Summer Game Books, and I have to say, it looks really sharp in real life. I can’t say how thankful I am that I was given this opportunity to tie my work with that of not only Sol White, but Gary Ashwill as well. 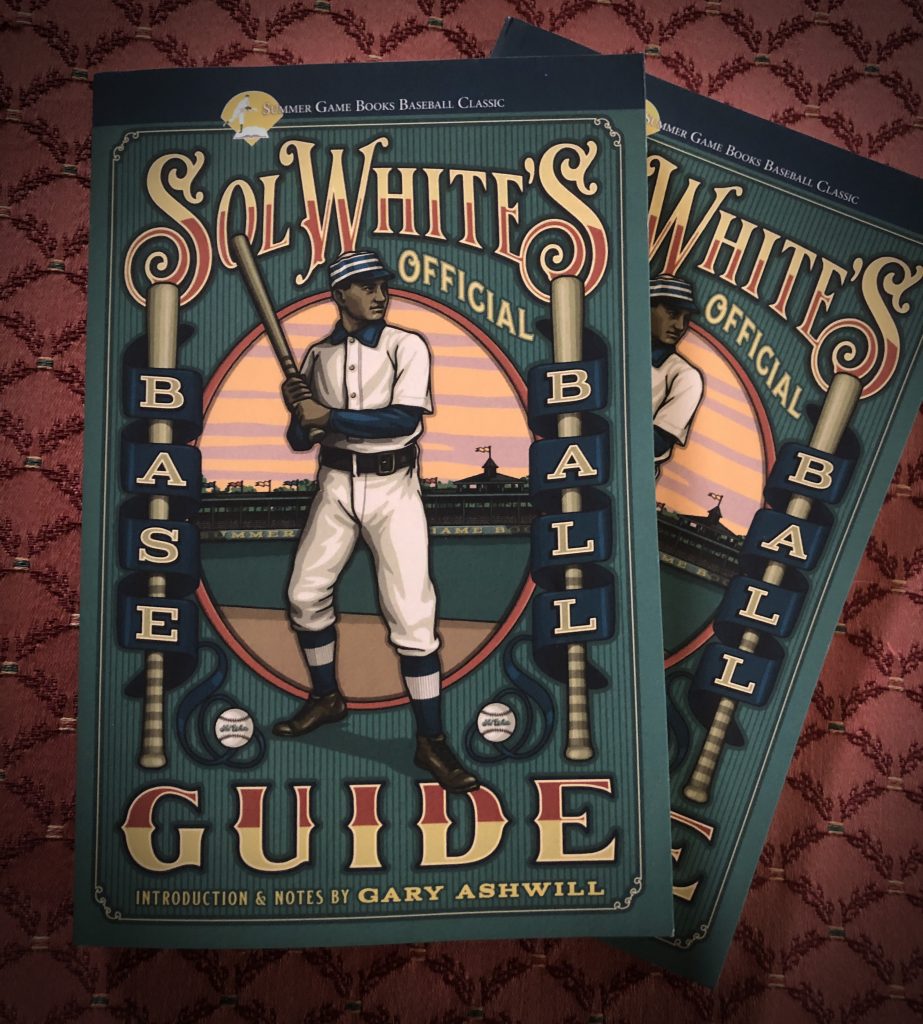 If you enjoy Negro League history, pick up a copy of Sol White’s Official Base Ball Guide and see the book that single-handedly preserved the early history of Blackball.

NOTE: An extended story on Sol White will be Number 23 in the Booklet Series. I’ll post that story and illustration when I’m finished with the “What Has Gary C’s Been Doing During The Lockdown” updates.