Last month, in the care-free, pre-virus era, I teased a new Booklet Series called “After the Black Sox.” For those who missed it, this new booklet series will explore what became of each of the eight Black Sox after 1920. This new series will pick up where most history books end, for these ballplayers did not disappear into obscurity, but continued to play the game they betrayed—far beyond the reaches of Major League Baseball in the murky world of Outsider Baseball. Some continued playing ball as a mercenary-for-hire on small town teams, while others plied their trade alongside other notorious baseball outcasts in outlaw leagues in frontier mining towns of the Southwest.

This special Booklet Series will consist of eight 8-20 page books that reveal what each Black Sox did post-scandal. Each booklet comes with an art card with an all-new illustration depicting all eight players with one of their outsider baseball teams: The Universal City Film Stars, Fort Bayard Veterans, Chino Twins and more.

Over on Facebook I had previewed each card as I finished it, but left one out: Shoeless Joe Jackson. His omission wasn’t on purpose, what had happened was that I finished the drawing later than the others and then got taken up with something else. So, to correct that, here’s my Joe Jackson illustration, depicting the banned slugger during a game in New Jersey, playing under the name “Joe Josephs.” 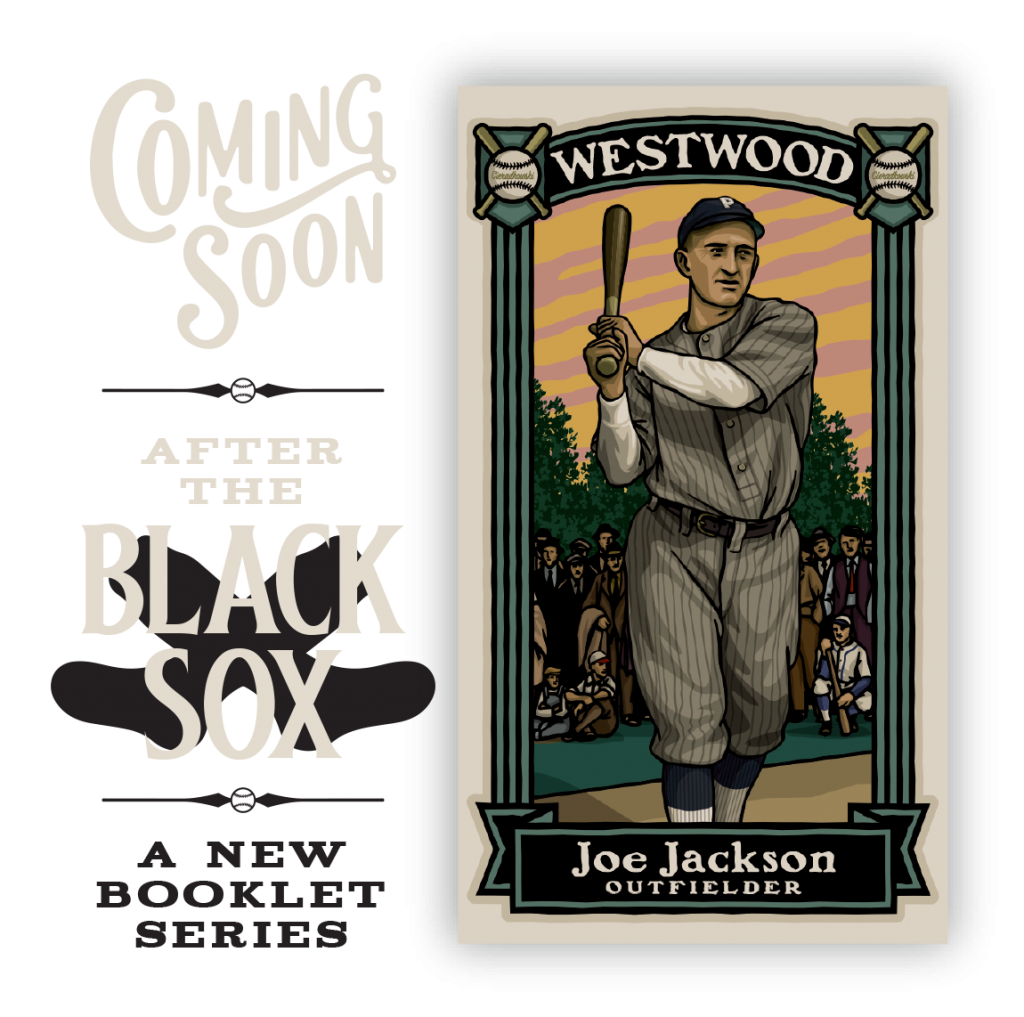 One of the best things that came about while working on this series was the unexpected generosity of Mr. Black Sox himself, Jacob Pomrenke. This noted baseball historian lent me some of his unrivaled research into the eight’s post-scandal games as well as a few never-before-seen photographs. Words can’t express how much Jacob’s largesse will help make this booklet series something special.

AFTER THE BLACK SOX will be release at some point during 2020. The date will depend on when “non-essential” businesses are opened up again because I will need to get them printed, plus I was waiting on some reference material to be sent to me from a couple of libraries which are now closed. But don’t worry if you are a Booklet Series subscriber–I stocked up on enough supplies for three more booklets, so we’re good.

Until things get somewhat normalized, here’s a composite I made of all 8 illustrations: 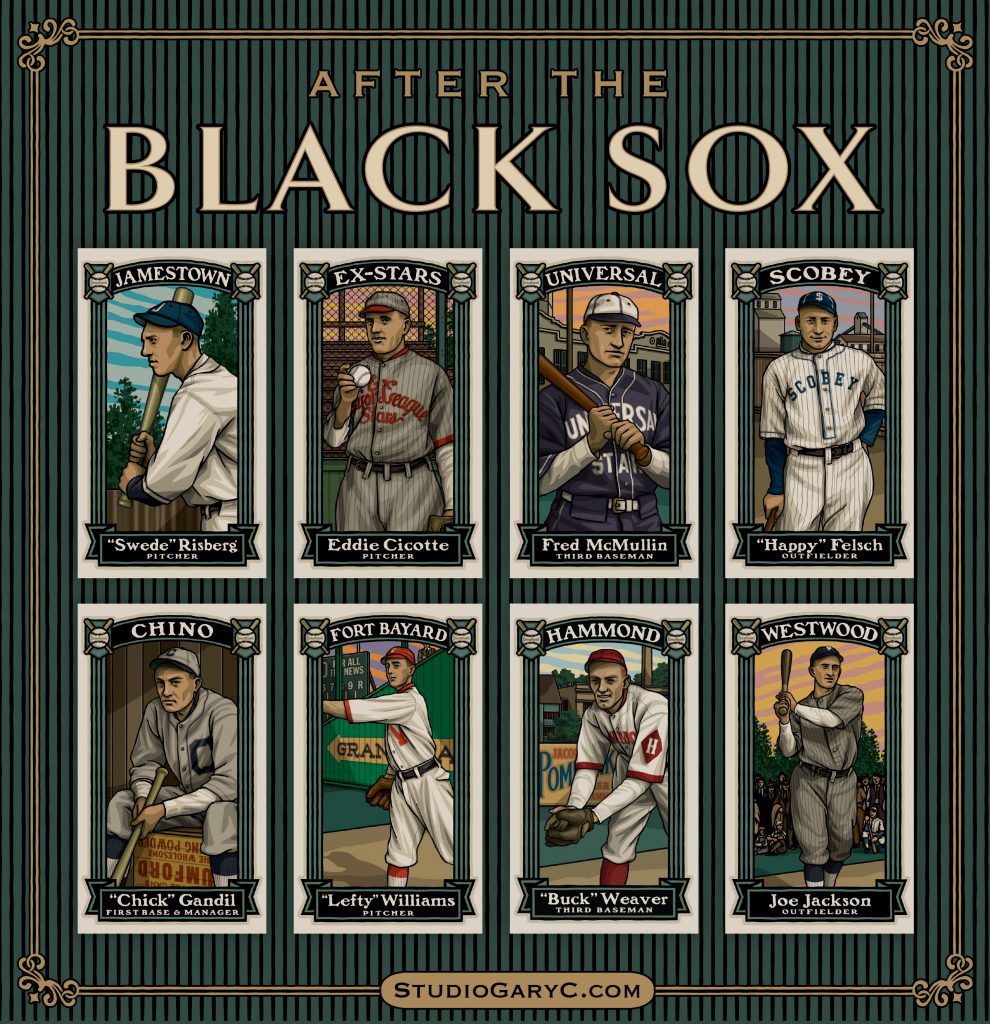 I think that’s the last of my ” What Has Gary C’s Been Doing During The Lockdown” updates. There’s a few more things that have been brewing in the studio, such as two book projects and a new card set. I’ll save the book projects for a little while and debut them when they get a little further on. As for the new card set–that one I will unveil next week, starting with an introduction followed by a new card each day or so. I’m really excited about this set because it represents the entire roster of my favorite historical minor league team. This has been a project I wanted to tackle ten years ago when I first started my blog. I drew up the outline of what I wanted to do, amassed a huge file of contemporary newspaper research and made out the lineup of players. I’m glad I waited because my style has evolved over the past decade, and these new illustration, of which I have 15 completed, have so far exceeded my expectations.

But, before that, I will have a new full-length story and illustration to share. That should go live on Monday.