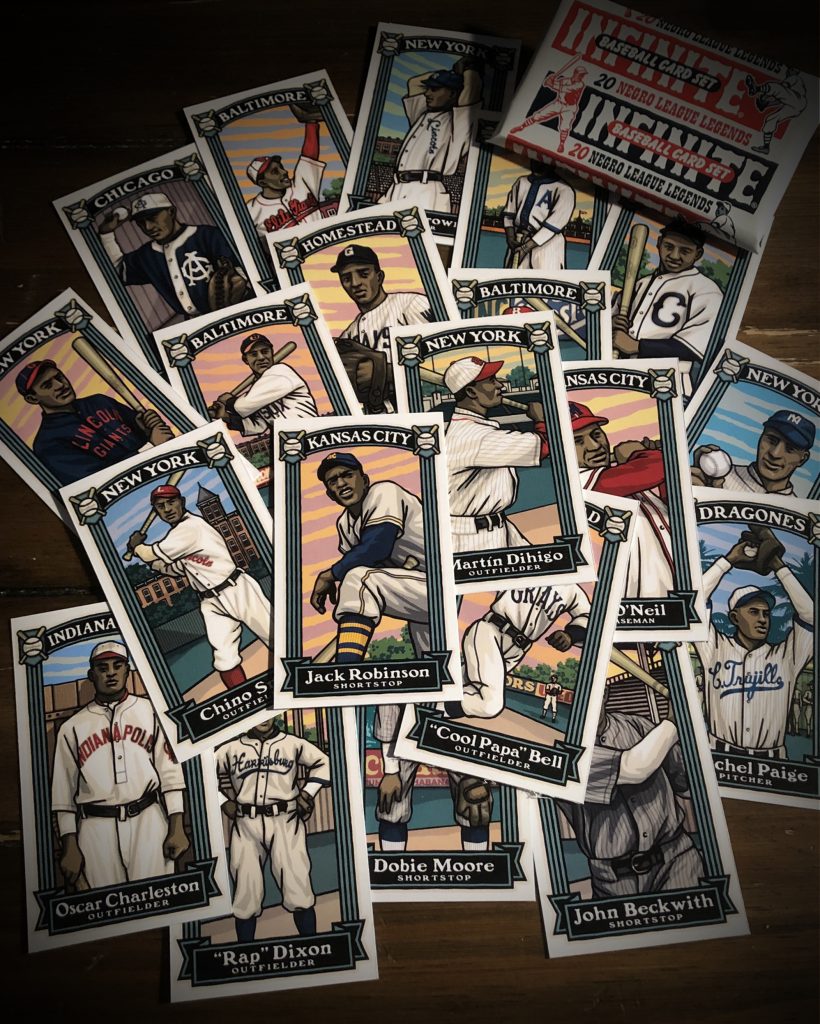 The last lines of one of my favorite books, The Sand Pebbles by Richard McKenna, best describes how I felt about the demise of what should have been a really great project:

“What happened? What the hell happened?”

See, last month I was going to be part of a fundraiser in which many baseball artists and manufacturers sold their work and products, donating a portion to a particular museum. I figured the best thing I could do to contribute would be a card set featuring twenty of my original drawings and biographies on the back. First, I asked if such a project was allowed, and upon hearing that it was, dropped everything and began work. I came up with twenty iconic Negro League players and designed a wrapper for them to be delivered in. Even came up with a display box for the packs. After proofing the whole thing, I sent it off to my printer and started to advertise it on the socials. Response was overwhelmingly positive. I was excited to be a part of the benefit.

That’s when the whole thing caved in. I was told to stop – card sets are not ok. By this time, it was a day after I starting promoting the set and already had a large amount of pre-orders. I then had to suspend the sale and refund all the pre-orders I had received. On top of disappointing so many people by telling them there would be no set, I had to eat the vig (that’s Jerseyese for interest) that Paypal and various credit card companies charged me. And that was on top of the printing cost that I shelled out for a set that will never be sold.

I was going to just forget about the whole thing and never think about it again, but when I started packing all the sheets and boxes away, I thought it would be a shame if I didn’t at least show some good pictures of this, the card set that never was, and never will be… 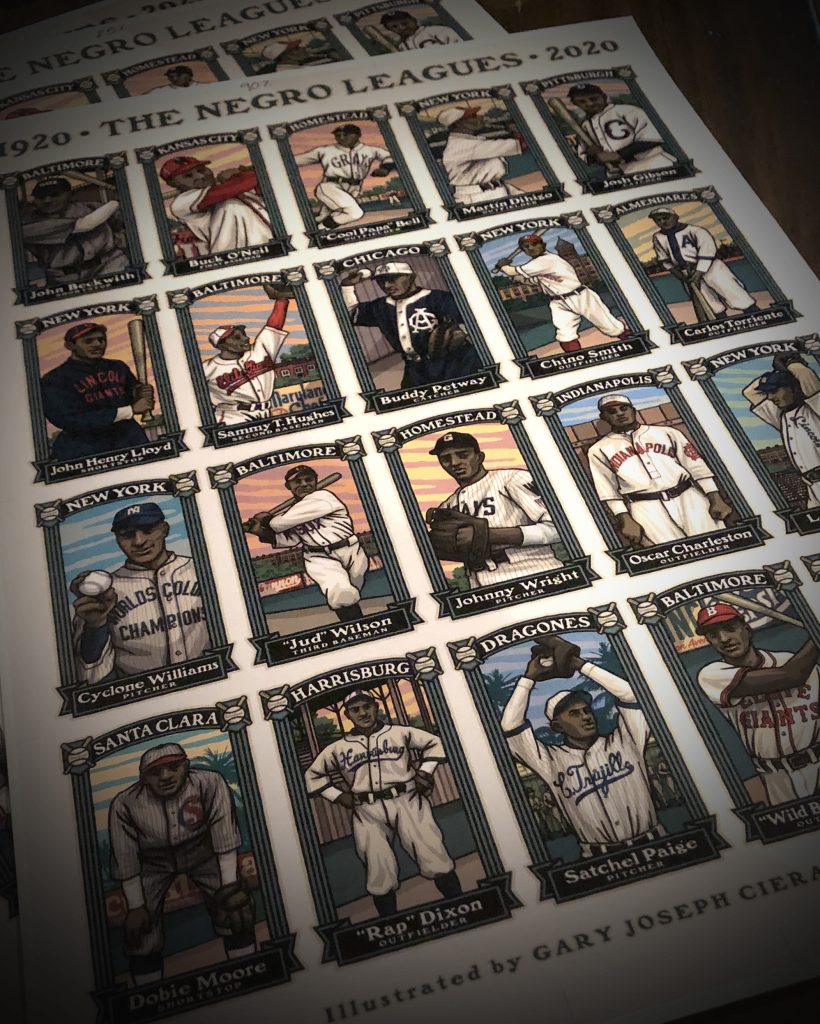 Uncut sheet of all 20 cards 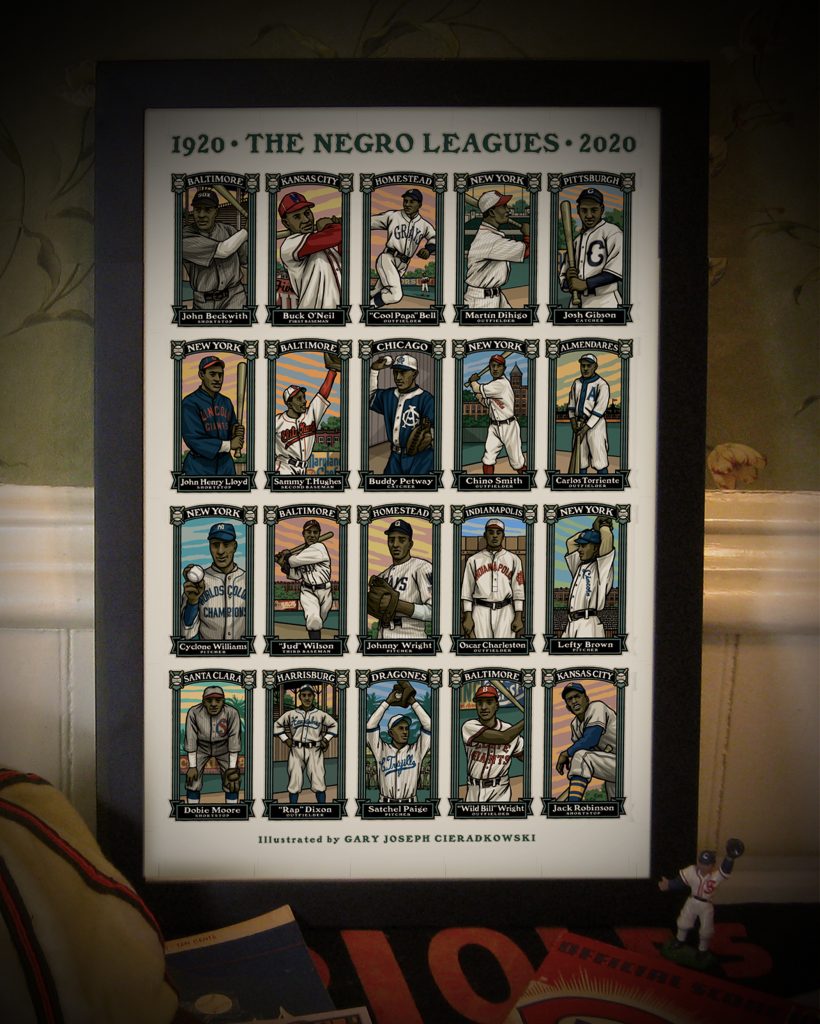 I thought the 12×18″ sheet was perfect for framing 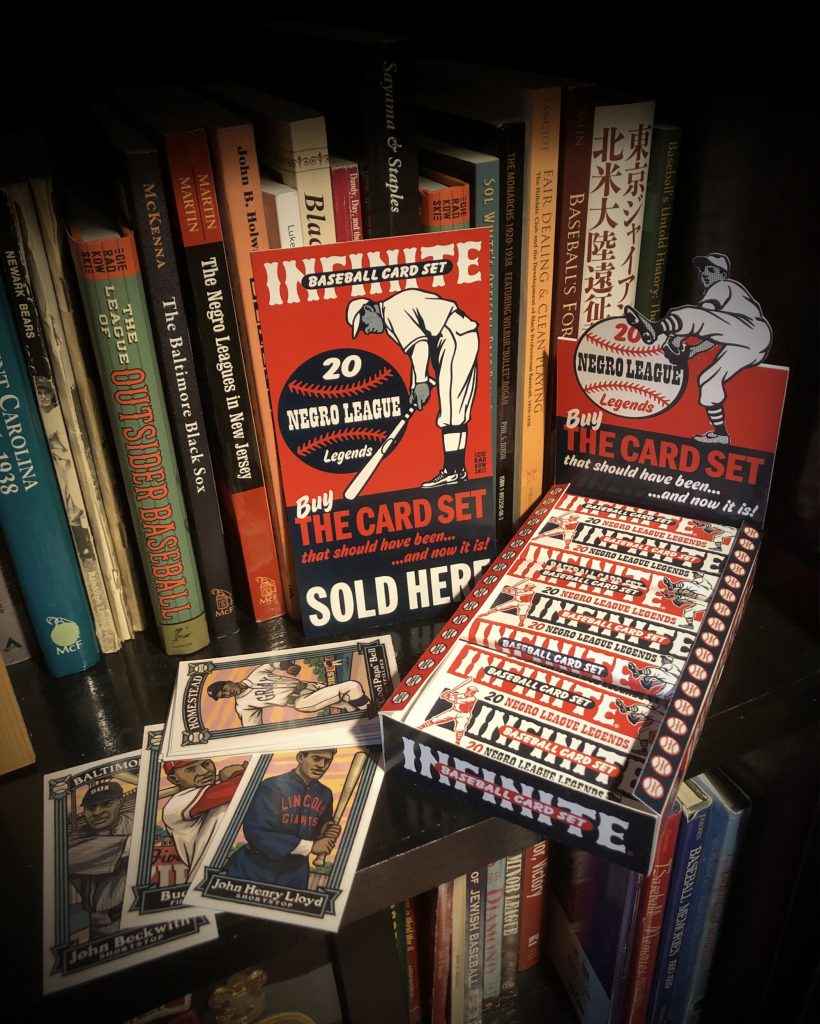 I was so jazzed about the set that I made a fictional display box for it which I was going to auction off to the highest bidder, all proceeds for the benefit 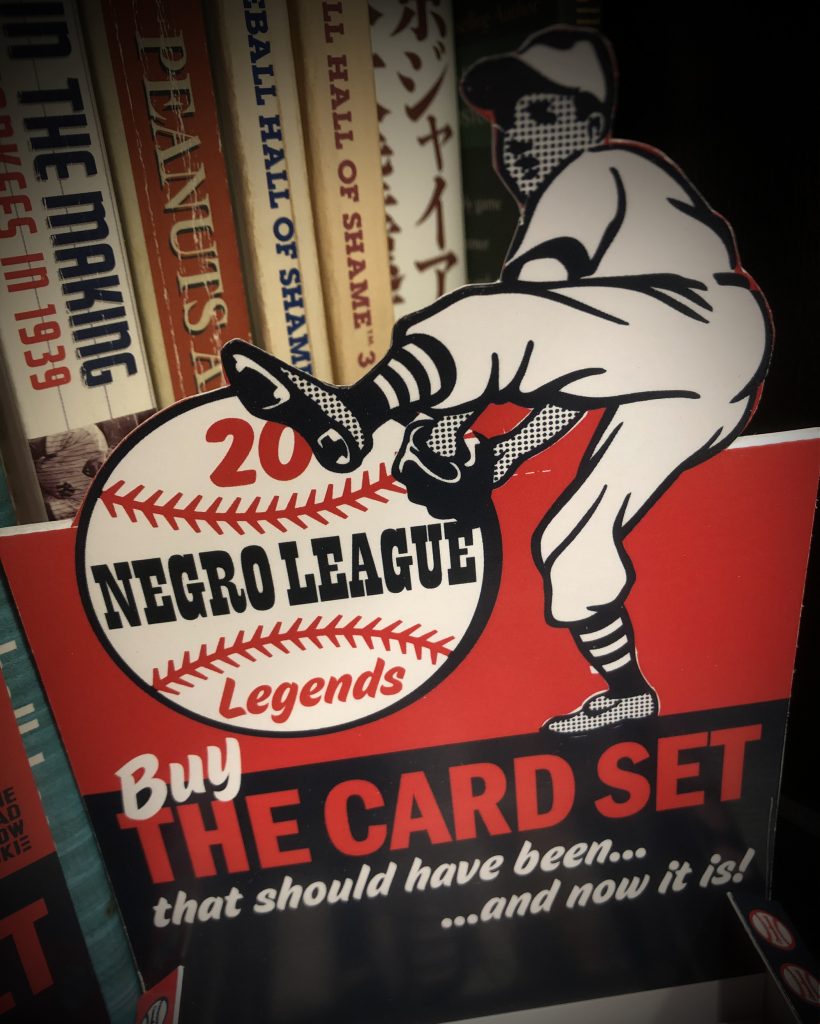 But what broke my heart most was the tagline I came up with for the set: “Buy the card set that should have been… and now is!” I wrote that line because of how the original Blackball players were discriminated against by not only being allowed to play in the majors, but also how they were not featured on baseball cards at the time. Imagine how I felt when the line I came up with proved to be déjà vu all over again.