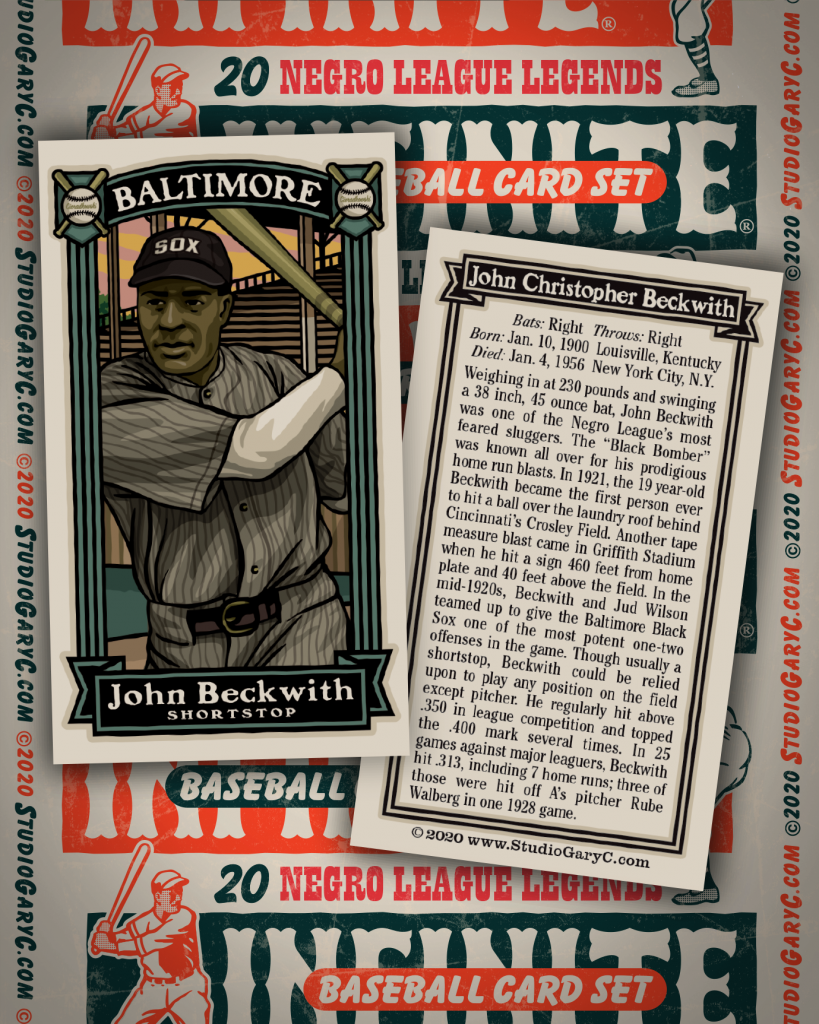 Weighing in at 230 pounds and swinging a 38 inch, 45 ounce bat, John Beckwith was one of the Negro League’s most feared sluggers. The “Black Bomber” was known all over for his prodigious home run blasts. In 1921, the 19 year-old Beckwith became the first person ever to hit a ball over the laundry roof behind Cincinnati’s Crosley Field. Another tape measure blast came in Griffith Stadium when he hit a sign 460 feet from home plate and 40 feet above the field. In the mid-1920s, Beckwith and Jud Wilson teamed up to give the Baltimore Black Sox one of the most potent one-two offenses in the game. Though usually a shortstop, Beckwith could be relied upon to play any position on the field except pitcher. He regularly hit above .350 in league competition and topped the .400 mark several times. In 25 games against major leaguers, Beckwith hit .313, including 7 home runs; three of those were hit off A’s pitcher Rube Walberg in one 1928 game.