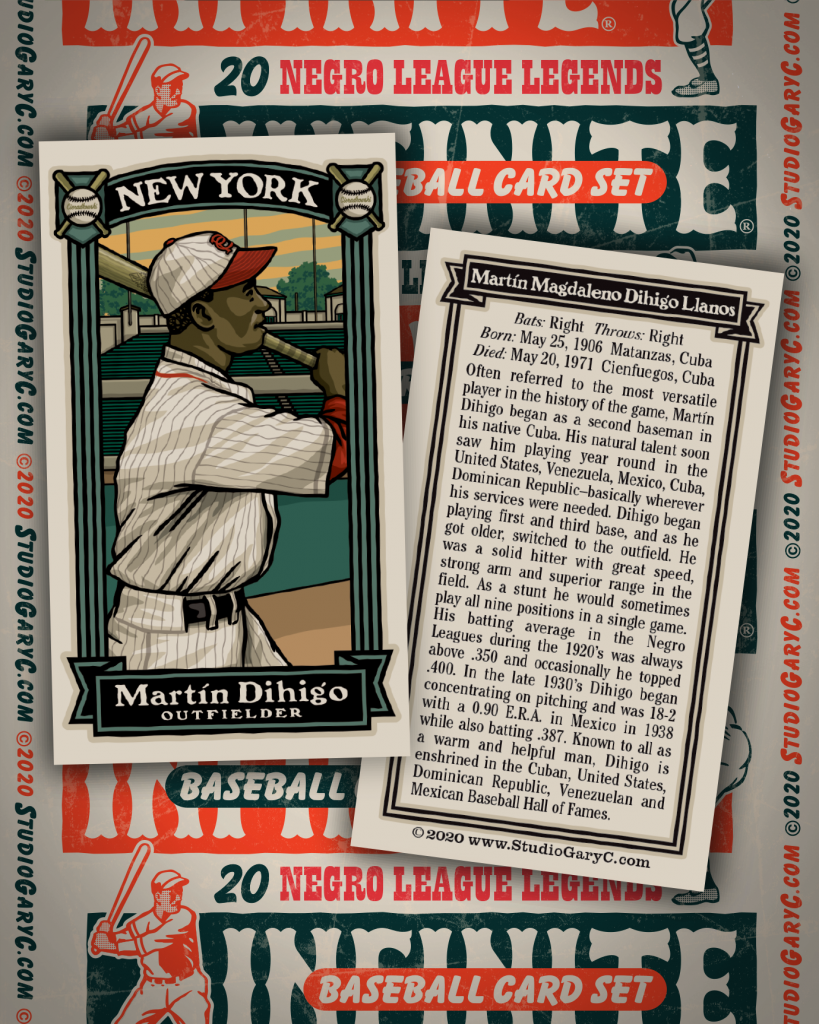 Often referred to the most versatile player in the history of the game, Martín Dihigo began as a second baseman in his native Cuba. His natural talent soon saw him playing year round in the United States, Venezuela, Mexico, Cuba, Dominican Republic–basically wherever his services were needed. Dihigo began playing first and third base, and as he got older, switched to the outfield. He was a solid hitter with great speed, strong arm and superior range in the field. As a stunt he would sometimes play all nine positions in a single game. His batting average in the Negro Leagues during the 1920’s was always above .350 and occasionally he topped .400. In the late 1930’s Dihigo began concentrating on pitching and was 18-2 with a 0.90 E.R.A. in Mexico in 1938 while also batting .387. Known to all as a warm and helpful man, Dihigo is enshrined in the Cuban, United States, Dominican Republic, Venezuelan and Mexican Baseball Hall of Fames.