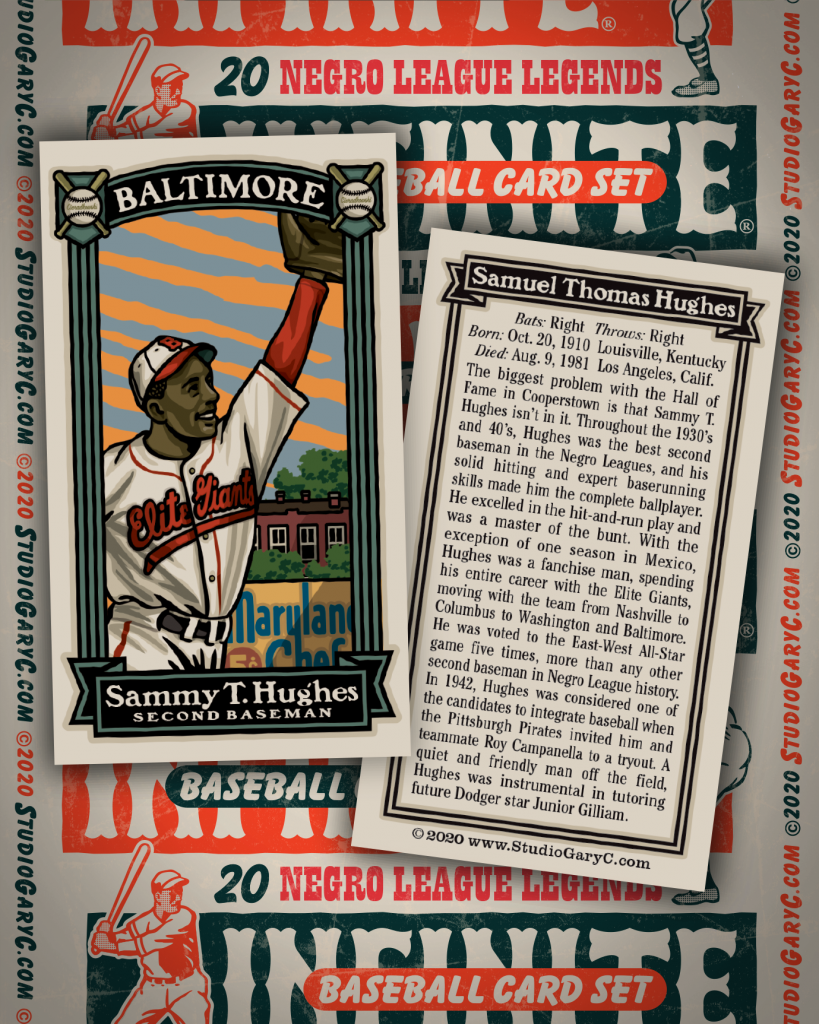 The biggest problem with the Hall of Fame in Cooperstown is that Sammy T. Hughes isn’t in it. Throughout the 1930’s and 40’s, Hughes was the best second baseman in the Negro Leagues, and his solid hitting and expert baserunning skills made him the complete ballplayer. He excelled in the hit-and-run play and was a master of the bunt. With the exception of one season in Mexico, Hughes was a fanchise man, spending his entire career with the Elite Giants, moving with the team from Nashville to Columbus to Washington and Baltimore. He was voted to the East-West All-Star game five times, more than any other second baseman in Negro League history. In 1942, Hughes was considered one of the candidates to integrate baseball when the Pittsburgh Pirates invited him and teammate Roy Campanella to a tryout. A quiet and friendly man off the field, Hughes was instrumental in tutoring future Dodger star Junior Gilliam.