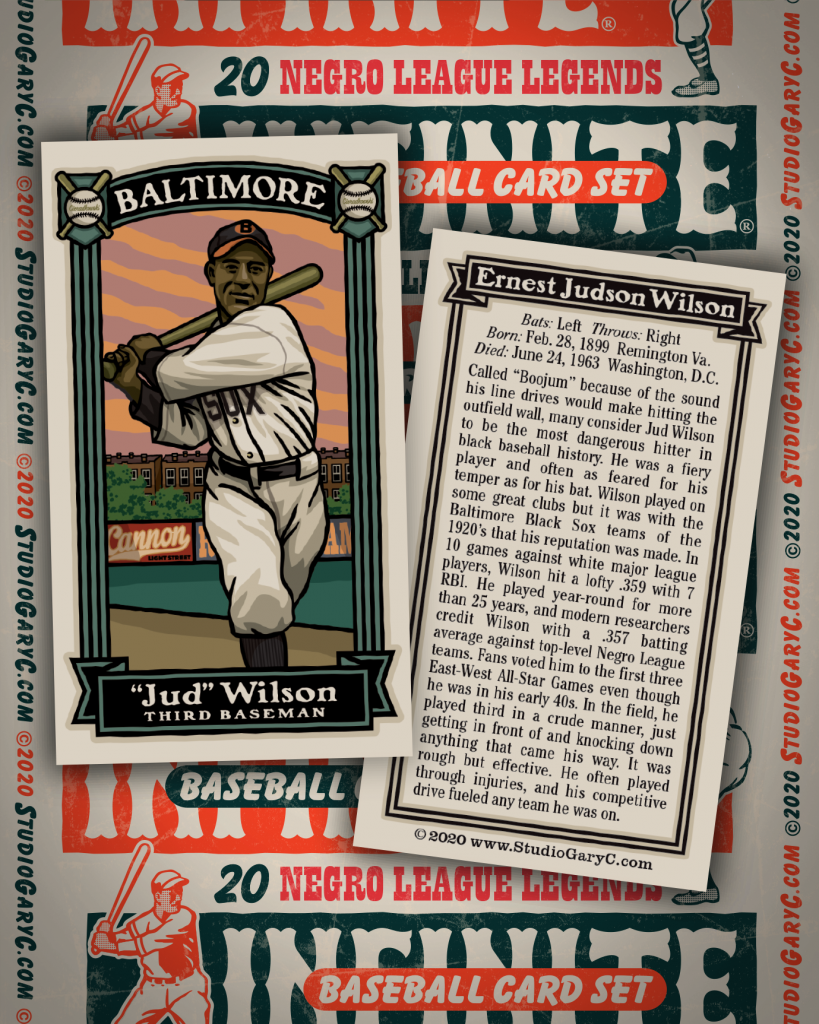 Called “Boojum” because of the sound his line drives would make hitting the outfield wall, many consider Jud Wilson to be the most dangerous hitter in Black baseball history. He was a fiery player and often as feared for his temper as for his bat. Wilson played on some great clubs in his day, but it was with the Baltimore Black Sox teams of the 1920’s that his reputation was made. In 10 games against white major league players, Wilson hit a lofty .359 with 7 RBI. He played year-round for more than 25 years, and modern researchers credit Wilson with a .357 batting average against top-level Negro League teams. Fans voted him to the first three East-West All-Star Games even though he was in his early 40s. In the field, he played third in a crude manner, just getting in front of and knocking down anything that came his way. It was rough but effective. He often played through injuries, and his competitive drive fueled any team he was on.