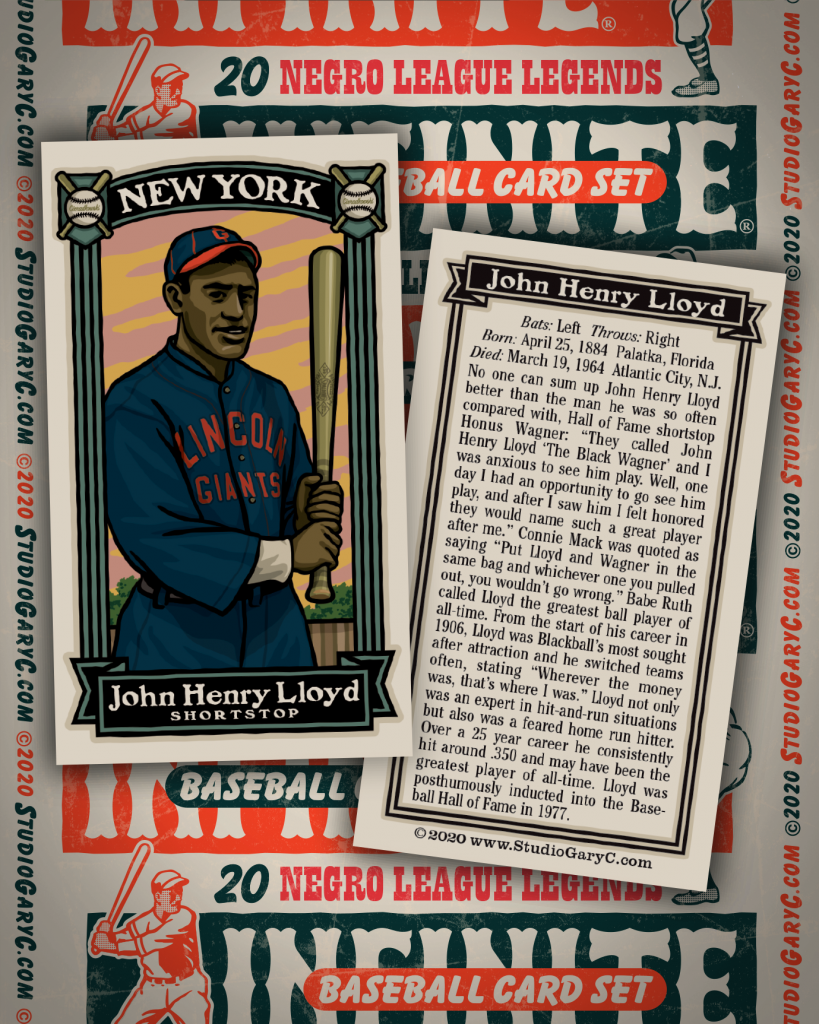 No one can sum up John Henry Lloyd better than the man he was so often compared with, Hall of Fame shortstop Honus Wagner: “They called John Henry Lloyd ‘The Black Wagner’ and I was anxious to see him play. Well, one day I had an opportunity to go see him play, and after I saw him I felt honored they would name such a great player after me.” Connie Mack was quoted as saying “Put Lloyd and Wagner in the same bag and whichever one you pulled out, you wouldn’t go wrong.” Babe Ruth called Lloyd the greatest ball player of all-time. From the start of his career in 1906, Lloyd was Blackball’s most sought after attraction and he switched teams often, stating “Wherever the money was, that’s where I was.” Lloyd not only was an expert in hit-and-run situations but also was a feared home run hitter. Over a 25 year career he consistently hit around .350 and may have been the greatest player of all-time. Lloyd was posthumously inducted into the Base- ball Hall of Fame in 1977.