I had a pretty good response when I posted my last piece on the apparel work that have done and continue to do for TeamBrown Apparal and Ebbets Field Flannels, so I figured I’d show off my latest line.

This new series is with Ebbets Field Flannels, who everyone knows for the high-end flannel jerseys and limited edition t-shirts they’ve been doing for the past thirty years. I’ll brag a little and say that I’ve done many of their best sellers in the past and each time I am asked to do another group I try to make each design as memorable as the previous ones. This spring I was contracted to do a total of ten new shirts, and the first seven were released this past week. As far as creativity and diverse design styles, this might be my favorite batch yet. I’ll go through the seven and tell you my thoughts about each one: 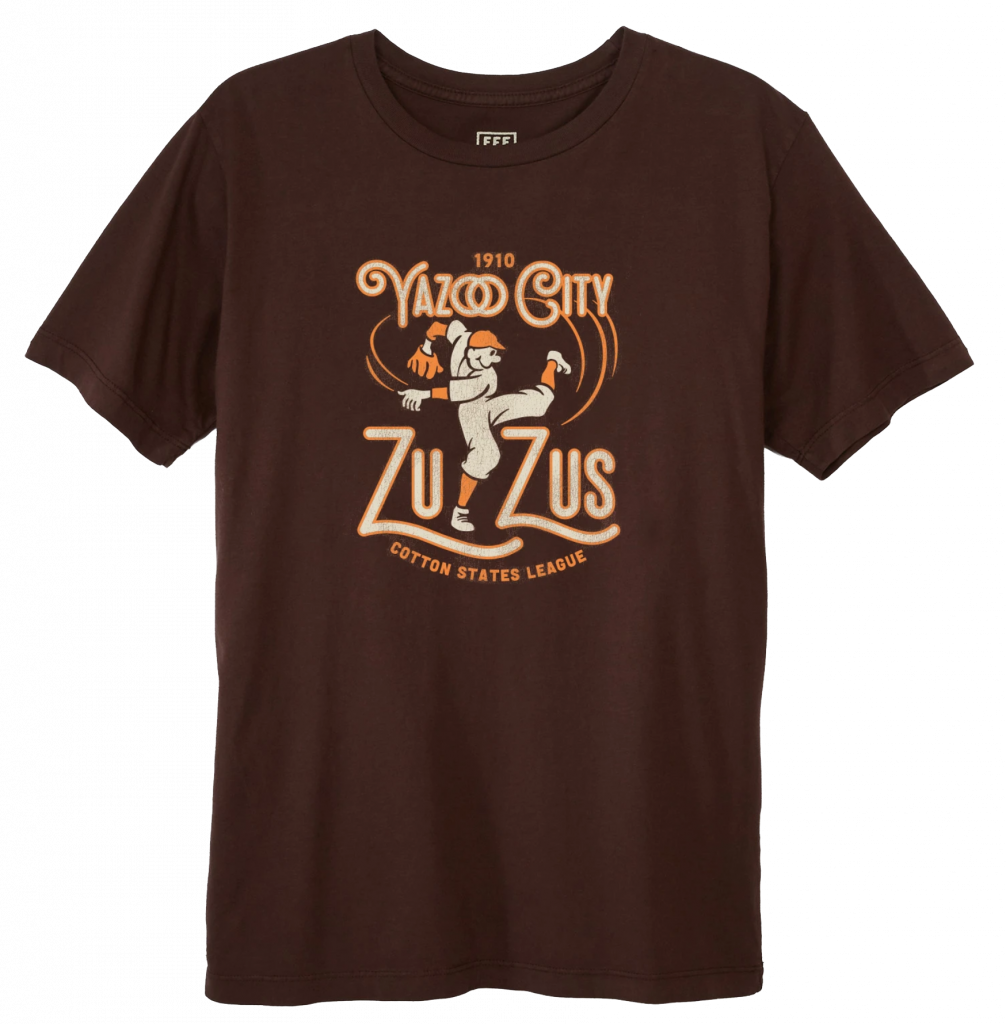 YAZOO CITY ZUZUS  Where do I start with this one? In the beginning, there is is the name: Yazoo City ZuZus? Man, you can’t get any better than that. For the design, I had a comical baseball pitcher drawing I did a little while back and just sitting in my files, waiting for the right shirt. The style of cartoon fit the 1910 period and something about ZuZus seemed to call out for this little southpaw. The typography was just a nod to the time period, which gave be an excuse to use one of my favorite type treatments: the overlapped “O.” 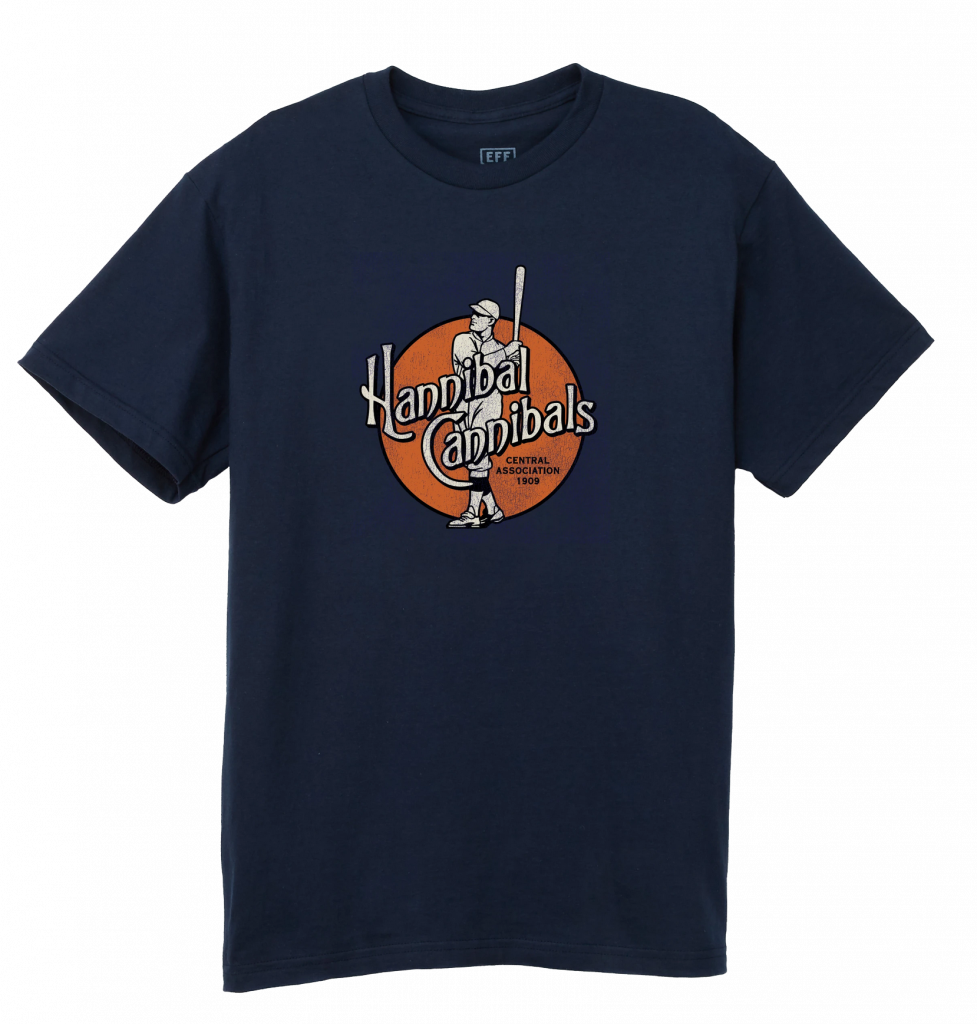 HANNIBAL CANNIBALS  Yeah, I know I said you can’t have a better name than Yazoo City ZuZus, but c’mon – “Hannibal Cannibals” is right up there! For this guy, I decided the name was pretty wild on its own, so I kept the rest of the elements traditional: hand-drawn 1909-era typography combined with a realistic ballplayer. This lets the far-out name be the star of the show. 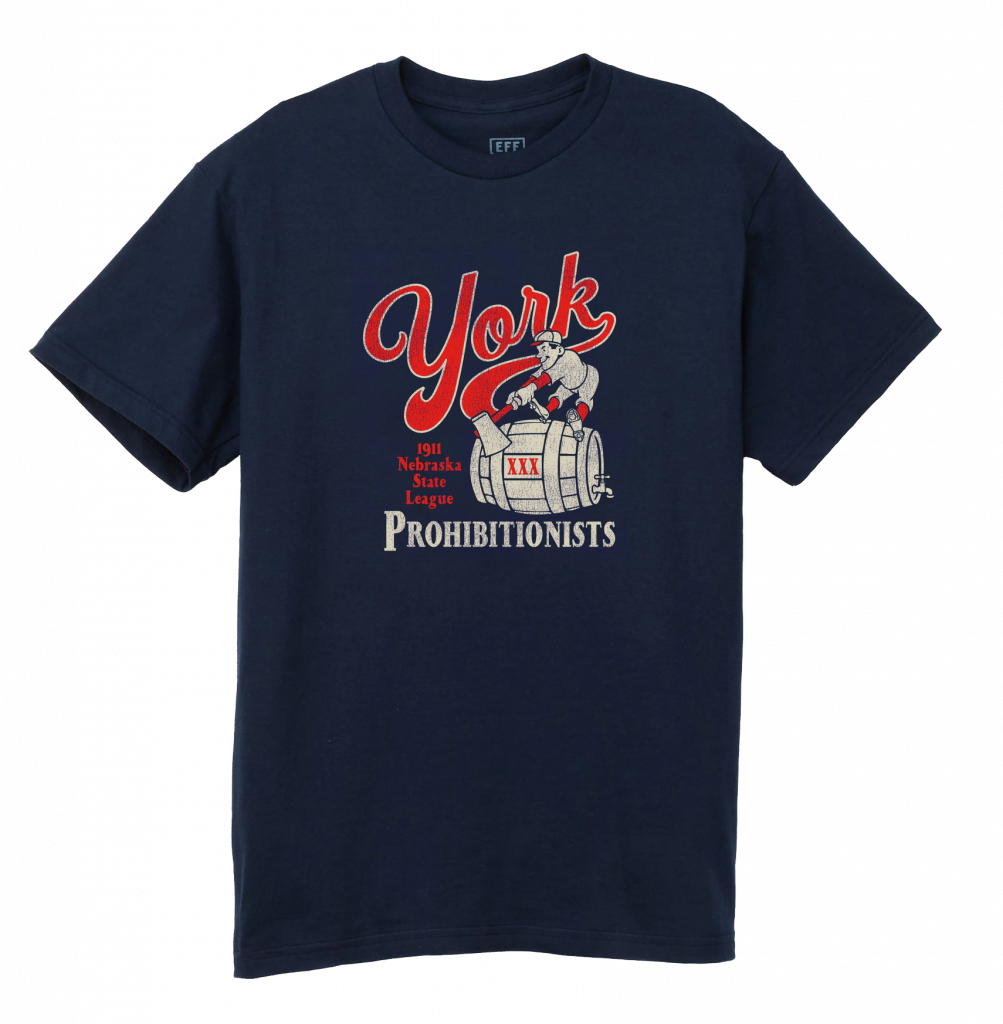 YORK PROHIBITIONISTS  Jerry, the man behind Ebbets Field Flannels, had asked me to do a York Prohibitionists design before, but I never could come up with one I was happy with. When the name popped up in the list of prospective designs this time around, I decided to give it another shot. The name “prohibitionists” brought to mind the old black and white newsreel footage showing the prohibition agents with axes smashing kegs of booze. I figured why not run with that image, but bring a ballplayer into it? Playful typography ties the piece together into a tight logo design. 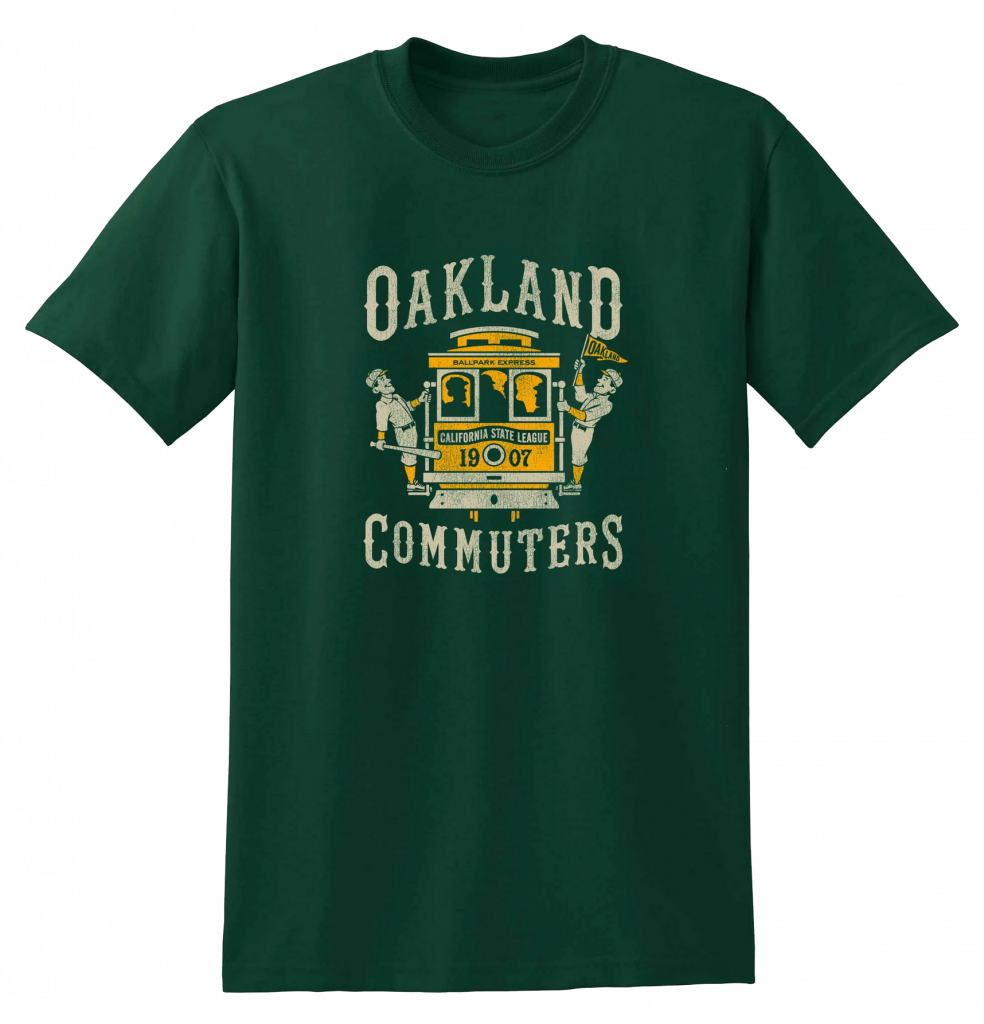 OAKLAND COMMUTERS  This was one of those designs where as soon as I saw it on the list I knew exactly what it was going to look like. All I could envision was a front shot of a turn-of-the-century trolley car with the ballplayers hanging off it with bats and equipment heading to a game. Hardest thing about this one was picking the colors. Jerry suggested a take on the Oakland As current color scheme, and that was it. 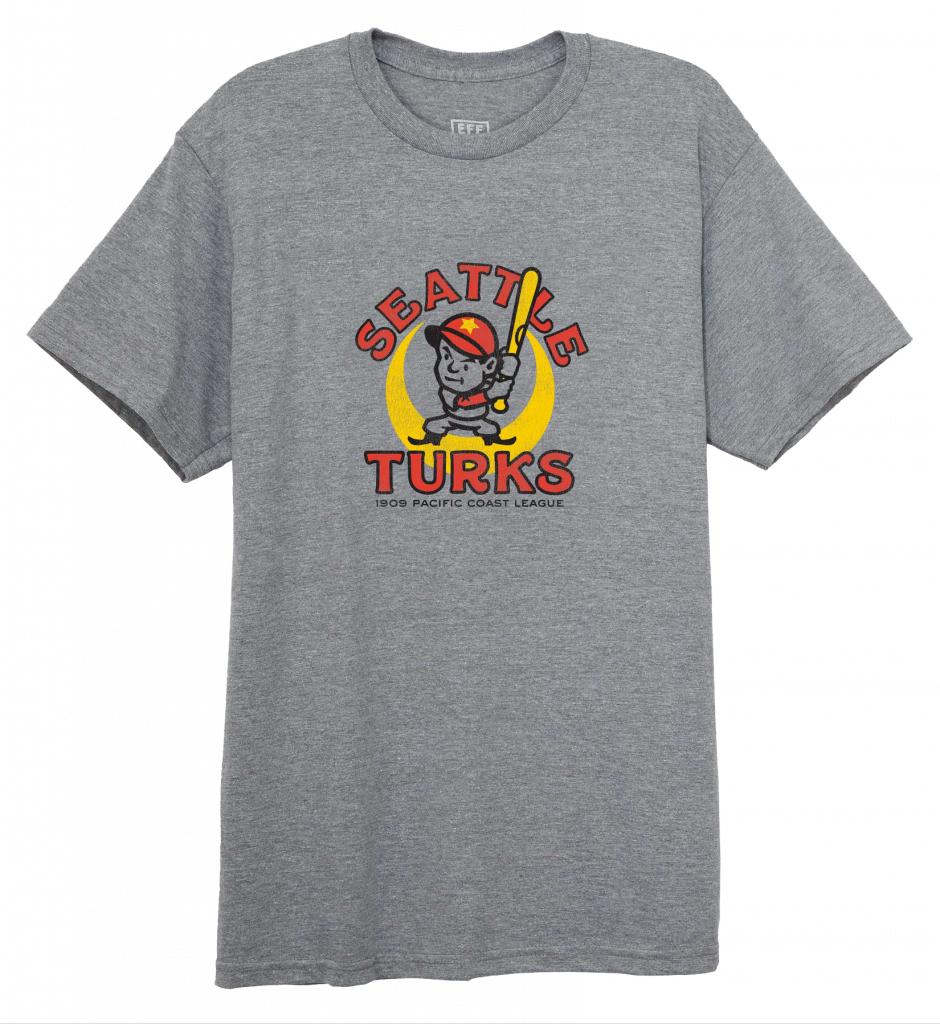 SEATTLE TURKS  This was another little cartoon ballplayer I had previously done for fun, sitting around in my files waiting to find a home. This style, too, comes from the 1900-1910 period, so it fit with the team’s operating years. I used a crescent as the unifying design element and hand-drew a Camel-inspired typeface to illustrate the name. It’s simple, but might be my favorite one out of the batch. 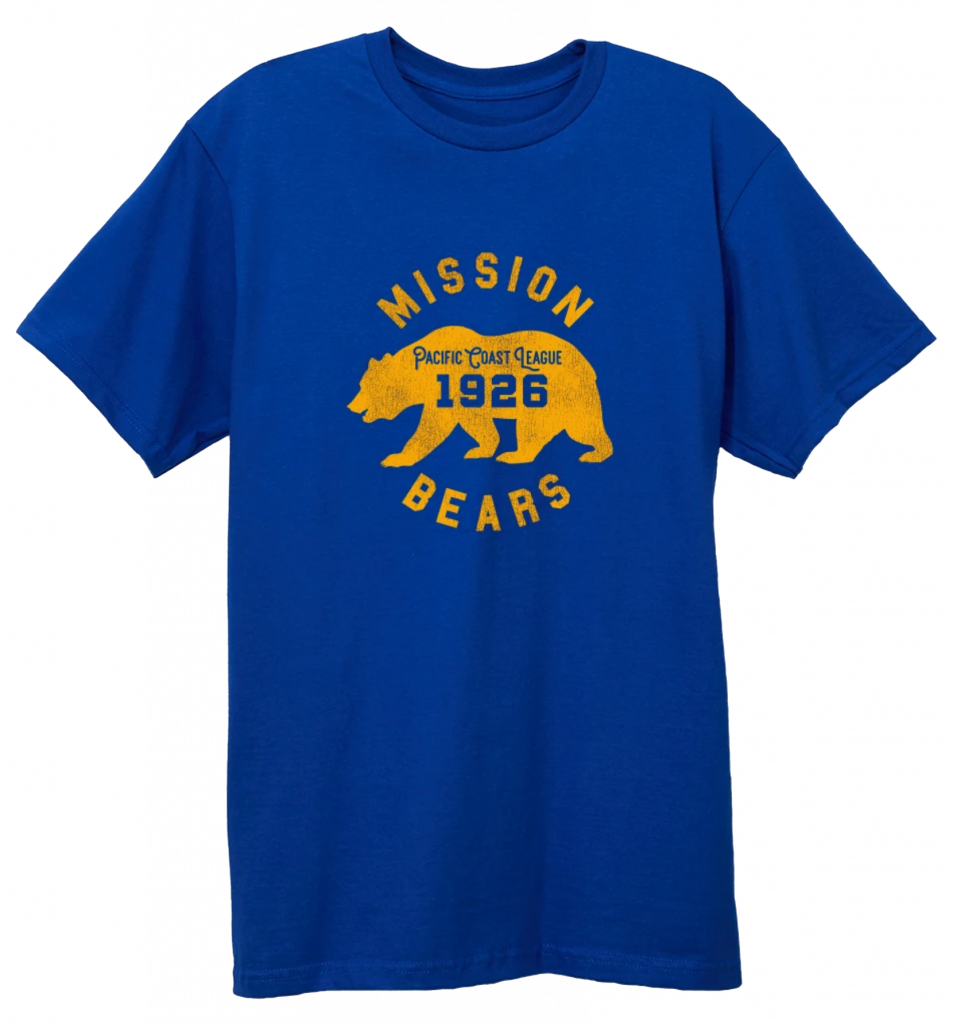 MISSION BEARS  For this one, Jerry wanted me to work with one of the existing bear silhouettes used on the Bears jerseys back in 1926. I liked the simplicity of it, and set it up in a basic warm-up shirt style – nothing flashy, but bold in its simplicity. Gold on royal blue gives it that extra “pop.” 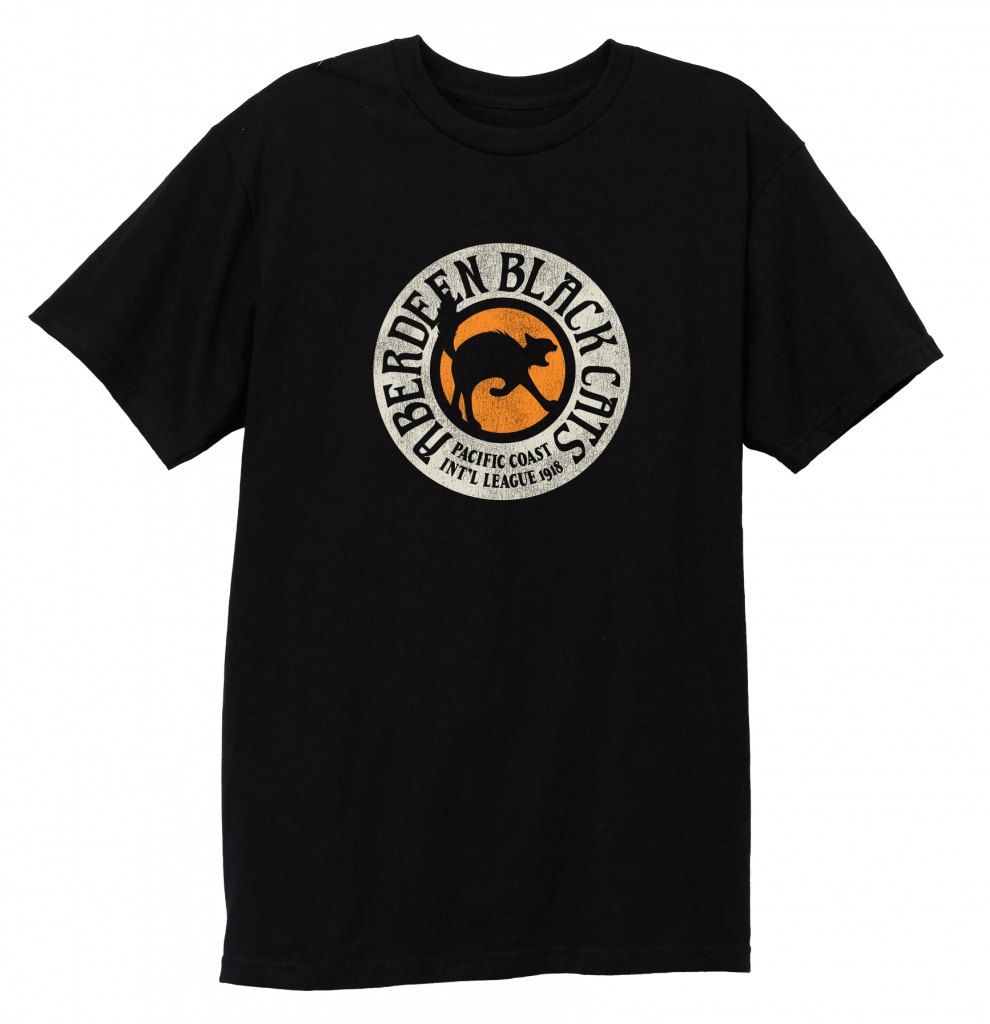 ABERDEEN BLACK CATS  This was another shirt where there was an already existing logo that looked pretty sharp; in this case the cat in a black circle. Because the original was cut from felt and pretty basic and rough, I had to get a little more detailed with my cat. Fortunately, I had a good model in Francis, my wife’s cat. He looks like that pose every time we bring him to the vet. And my wife says I don’t like the cat… heck, I made him a star!

So I hope you enjoyed your personal runway-less tour of the new line of the Gary C. Collection of Ebbets Field T-Shirts. If you want any of these, act fast, unlike my shirts which are always available at TeamBrown, Ebbets only does a short run of each designs and they sell out fast – I can’t even get ones I wanted.

2 thoughts on “Another New Series of T-Shirts”