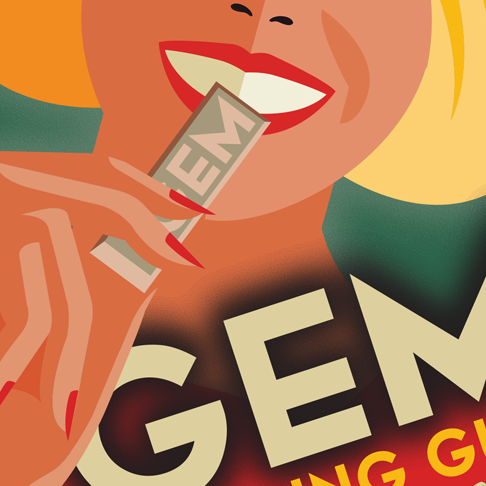 Ah, posters. This is what I was born to do. Beginning on that day in 1977 when I pulled a book of Toulouse-Lautrec posters off the shelf of a Ben Franklin five and dime store in Passaic, New Jersey, I wanted to create posters. Since then, my work has won numerous international design awards, including a pair of Graphis Gold Awards for Best Poster, first in 2007 for the play “The Guys” and again in 2010 for the music documentary “Lil’ Band o’ Gold.” I also create period-correct posters that are rented through Omega Cinema Props in Hollywood and may be seen in countless major motion pictures, television shows, and commercials. Many of the posters shown can be purchased in the STORE section of this website.