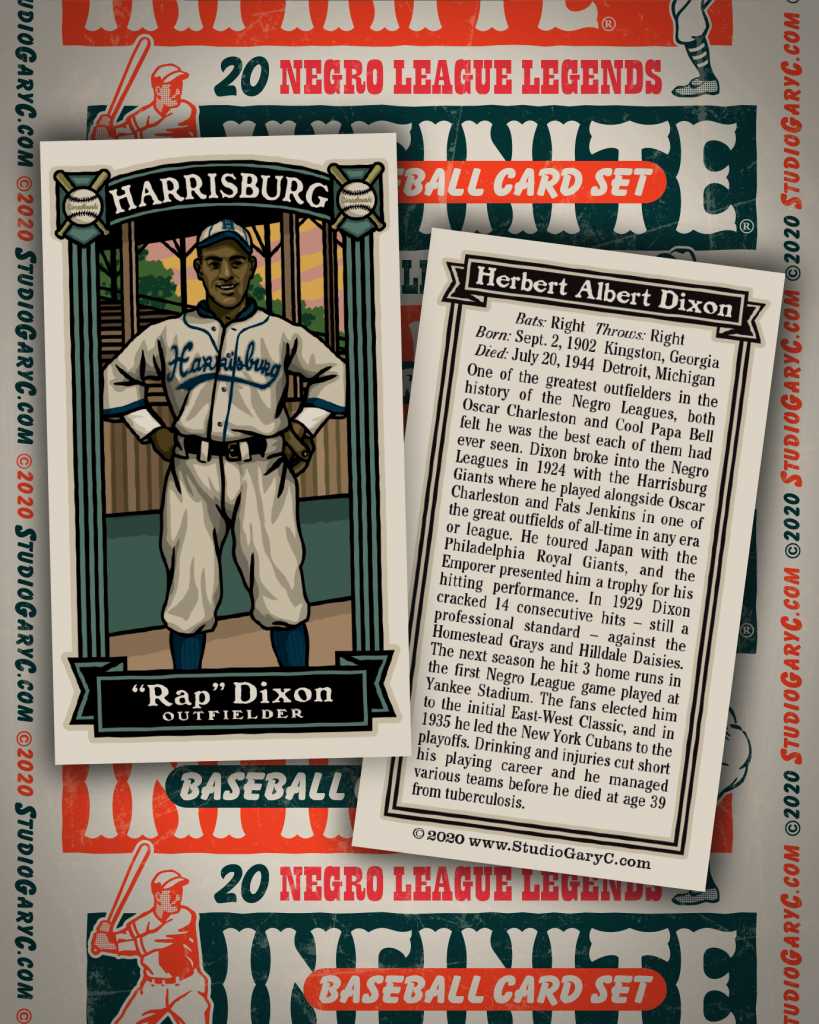 One of the greatest outfielders in the history of the Negro Leagues, both Oscar Charleston and Cool Papa Bell felt he was the best each of them had ever seen. Dixon broke into the Negro Leagues in 1924 with the Harrisburg Giants where he played alongside Oscar Charleston and Fats Jenkins in one of the great outfields of all-time in any era or league. He toured Japan with the Philadelphia Royal Giants, and the Emperor presented him a trophy for his hitting performance. In 1929 Dixon cracked 14 consecutive hits – still a professional standard – against the Homestead Grays and Hilldale Daisies. The next season he hit 3 home runs in the first Negro League game played at Yankee Stadium. The fans elected him to the initial East-West Classic, and in 1935 he led the New York Cubans to the playoffs. Drinking and injuries cut short his playing career and he managed various teams before he died at age 39 from tuberculosis.